Westbury Park is located near the heart of the Western Australian breeding industry between Pinjarra and Coolup. Owned and operated by Phil and Lindy Ibbotson, the stud is home to promising young sire My Admiration who is making an impact as a leading second-season sire in WA.

Westbury Park yearlings are also climbing the leader-boards at local and interstate auctions. They have commanded up to $240,000 at the Gold Coast Magic Millions Sale and the Perth market has been just as productive through its involvement with Western Breeders’ Alliance.

Launched in 2015, Western Breeders Alliance is a partnership consisting of Westbury Park, Darling View Thoroughbreds and Einoncliff Park.  Phil Ibbotson is also Chairman of Pinjarra Race Club and Vice-President of Thoroughbred Breeders WA.  He can be contacted by broodmare and racehorse owners and trainers for further information on 0429 341 211. 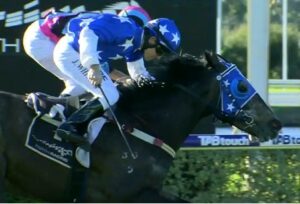 Belmont 2yo double by My Admiration