Cryptic conquest for My Admiration

Westbury Park freshman My Admiration sired his second winner courtesy of a convincing victory by Cryptic Love at Ascot.

My Admiration opened his account with Admiral Promo at Ascot last month and Cryptic Love was overdue in the Yellowglen Hcp (1000m) on Wednesday.  She was caught three-wide without cover on debut and never got a crack at the leaders second time out.

“I was confident today,” part-owner and trainer Dave Harrison admitted after the front-running victory.  “She’s still a work in progress so I will either give her one more run or tip her straight out.” 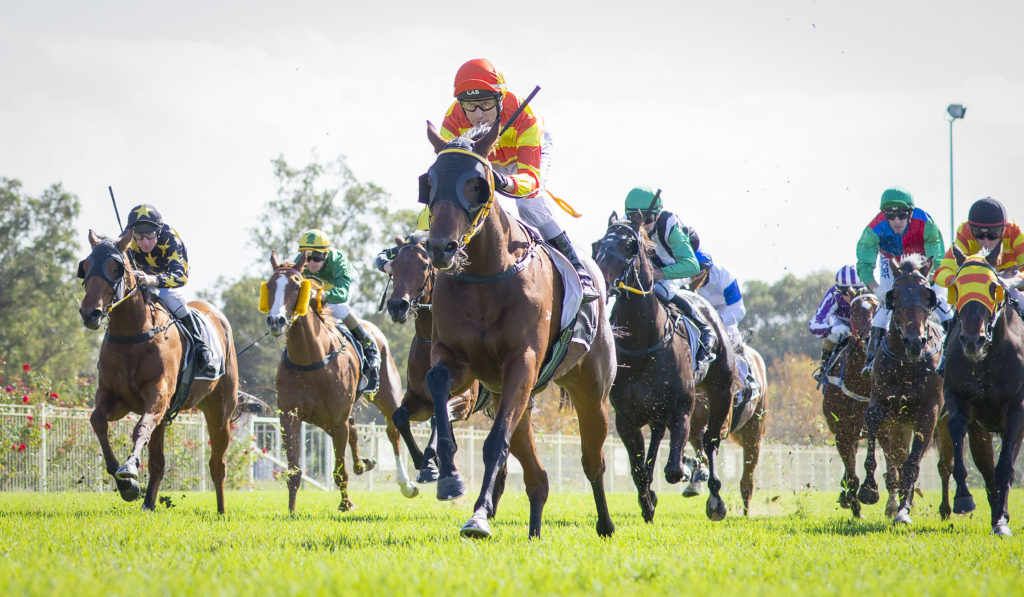 Cryptic Love (2f My Admiration – Abitcryptic by Bletchley Park) was bred by Westbury Stud’s Phil Ibbotson and sold through the Western Breeders Alliance draft for $30,000 at the 2017 Perth Magic Millions.  Her dam’s second foal is a My Admiration yearling colt with Grant & Alana Williams and the mare is positive off an early cover to Lucky Street.

Ibbotson has also been in the frame recently as the breeder of Ascot winners Grey Enigma (He’s a Decoy), Recoiled (Demerit) and Upward Others (He’s A Decoy).

Cryptic Love’s jockey Shaun O’Donnell said Harrison’s instructions to drive forward had been a key to the breakthrough.  “She stayed out of trouble and is going to be a real nice horse next prep.  They’re beautiful animals these My Admirations.”

Apparition is another My Admiration on the boil for trainers Robert & Todd Harvey.  He was placed on debut at Bunbury in December and resumed with a trial win at Belmont on Monday.

My Admiration (Encosta de Lago) won a G2 Chairmans Trophy in Hong Kong and was also placed in a G1 Classic Mile.  He stood for a $3,025 (inc gst) at Westbury Park last year.